Roy Cromack was born in Doncaster on 18th February 1940. He was the son of Harry Cromack, a well-known local cricketer, who was himself a keen cyclist and member of Doncaster Wheelers in his youth. Roy attended the Percy Jackson Grammar School (now Outwood Academy, Adwick). Janet Roberts nee Kitson, former pupil of PJGS, writes;

“Roy began his secondary education at the Percy Jackson Grammar School in 1950 and was in form 5AS during 1955 with Mr. Alan Dixon as class teacher. In the first and second forms he travelled to school on special buses. However, from about the third form he chose to cycle daily from Warmsworth. He gained 5 ‘O’ levels and 3 ‘A’ levels – Pure Maths, Applied Maths and Physics – before leaving school.” 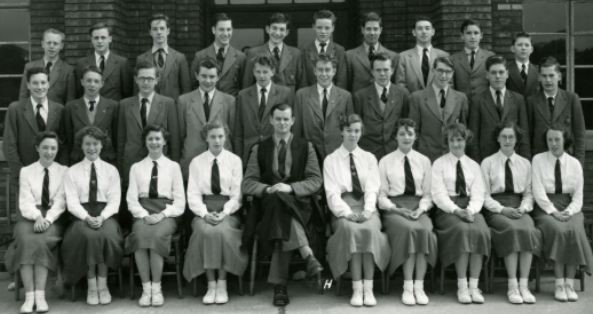 It was as a teenager that Roy took up cycling and he quickly developed an interest in time trials. He began to ride with Thorne Paragon and started to make his name in cycling circles while studying at University. At the age of just eighteen he won the U.A.U. 50-miles Championship, riding 25 miles within an hour. Following his graduation Roy moved to Birmingham and became a member of the Solihull Cycling Club. He was a regular competitor in local time trials, road races and omnium events.

By 1962, when he was still only 22, Roy was being picked by the British Cycling Federation to take part in international competitions and raced in the 1964 World Track Championships in Paris – the same year that he won the National 10 mile track title at Herne Hill. In 1967 he finished 3rd in the Scottish Milk Race, behind Dutch pair Rene Pijnen and Joop Zoetemelk. 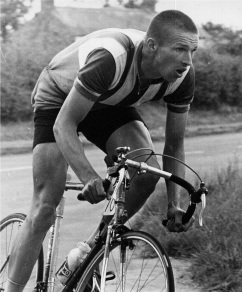 One of the highlights of his increasingly successful cycling career came in 1968 when Roy was selected to represent Great Britain at Olympic Games in Mexico, riding in the Team Time Trial. The GB team, including Roy, finished in 11th place, just under two minutes behind the bronze medal winning Italian team. His Olympic team mates remembered him as being very structured and disciplined. 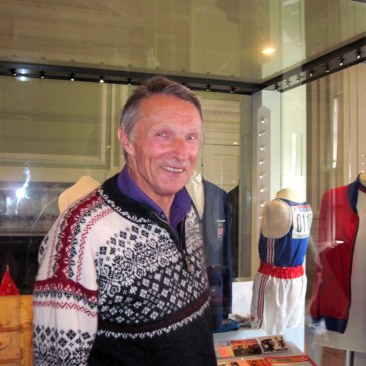 Roy Cromack near his display case at the ‘Our Sporting Heroes’ exhibition, Cusworth Hall, 2012 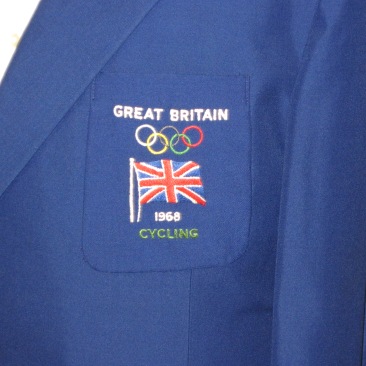 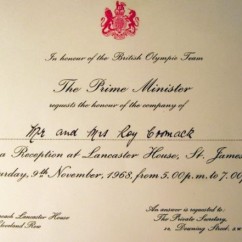 After the Games the team were invited to a reception with Prime Minister Harold Wilson and another with Her Majesty Queen Elizabeth II. Upon talking to Roy about his experiences Janet Roberts remembers:

“Roy told me that the occasion was nerve racking and not helped by the fact they were given instruction on etiquette beforehand especially on how to address Her Majesty!”

Following his Olympic adventure, Roy went from strength to strength. By now he was one of the most experienced racing cyclists in the country. In July 1969, competing in the Road Time Trials Council National 24-hour Championship, he became the first British rider to cover more than 500 miles in 24 hours, eventually completing 507 miles. Being unsure of how well he could see at night, he completed a 170 mile training stint throughout the night to find out, which he claimed was “No trouble at all”. He finished 15 miles ahead of his nearest rival and the record remained unbroken for 28 years.

Roy was remembered as a very determined, motivated and above all organised cyclist. It was his incredible self-discipline which allowed him to become such a successful all-rounder, winning medals at every distance in time-trialling championships from 4,000 metres to 24 hours on the road.

With thanks to Janet A. Roberts née Kitson for colour photography and compilation. Thanks also to Gerald Sables, webmaster and archivist for www.percyjacksons.co.uk

4 thoughts on “A rare all-rounder: Memories of Roy Cromack”